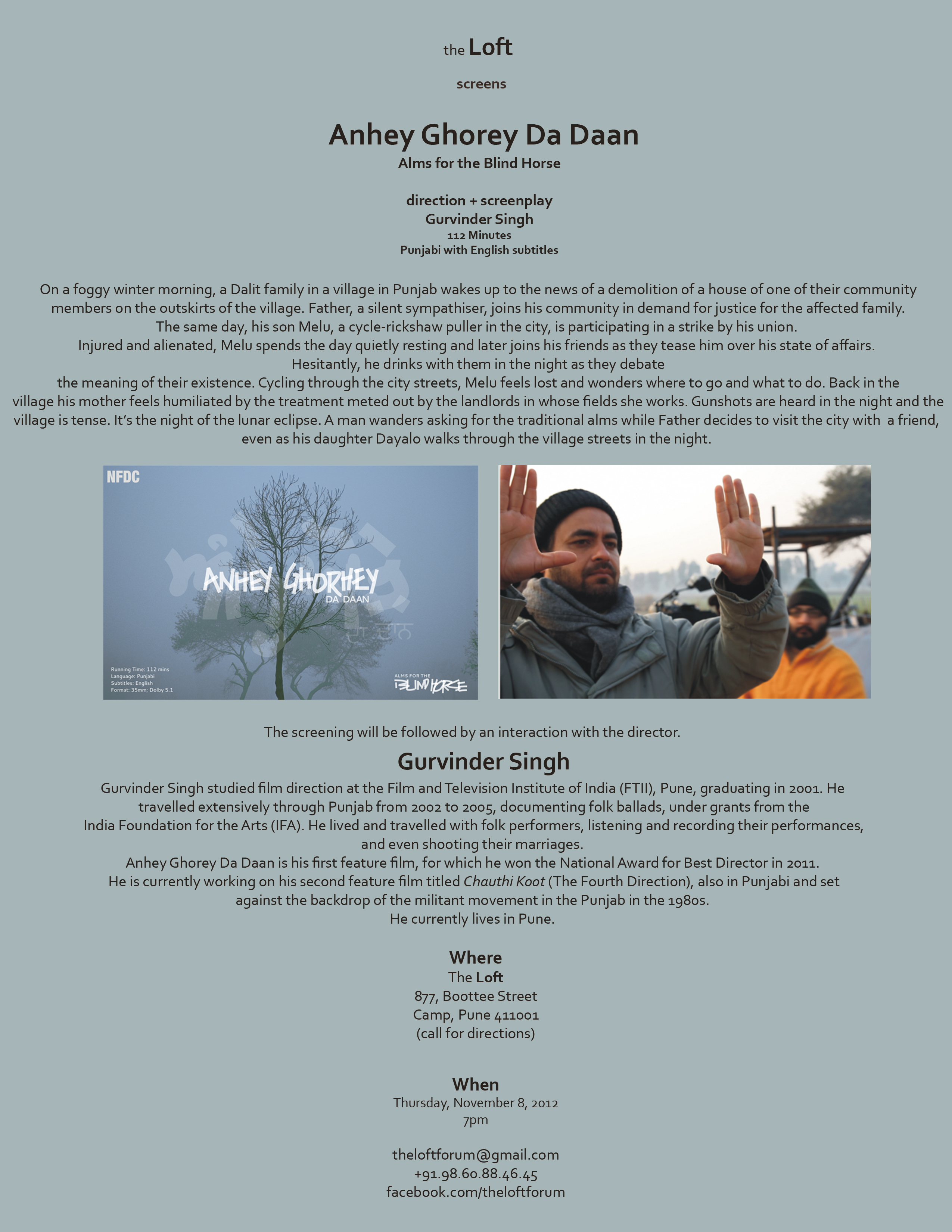 On a foggy winter morning, a Dalit family in a village in Punjab wakes up to the news of a demolition of a house of one of their community members on the outskirts of the village. Father, a silent sympathiser, joins his community in demand for justice for the affected family. The same day, his son Melu, a cycle-rickshaw puller in the city, is participating in a strike by his union. Injured and alienated, Melu spends the day quietly resting and later joins his friends as they tease him over his state of affairs. Hesitantly, he drinks with them in the night as they debate the meaning of their existence. Cycling through the city streets, Melu feels lost and wonders where to go and what to do. Back in the village his mother feels humiliated by the treatment meted out by the landlords in whose fields she works. Gunshots are heard in the night and the village is tense. It’s the night of the lunar eclipse. A man wanders asking for the traditional alms while Father decides to visit the city with a friend, even as his daughter Dayalo walks through the village streets in the night.