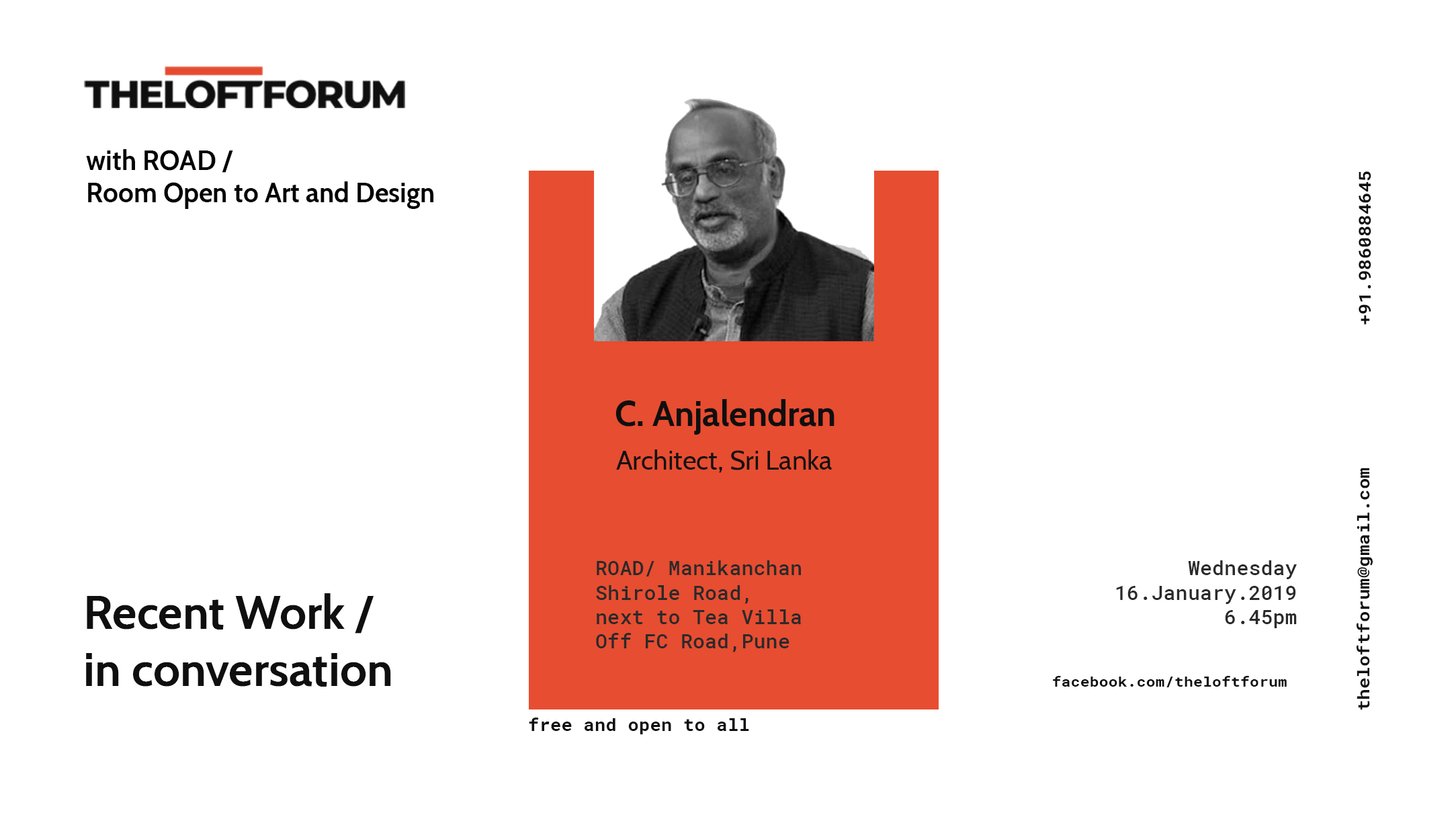 C. Anjalendran
The mantle of the great architect, Geoffrey Bawa, is now draped over C. Anjalendran whose fine buildings continue Bawa’s approach to architecture, and extends it further. Anjalendran was born in 1951. He first studied dance but gave that up to study architecture in Sri Lanka. He went onto London for further studies and worked there for three years till 1977. His interest in architecture was piqued by his encounters with artists such as Barbara Sansoni and the architecture of Geoffrey Bawa and Ulrich Plesner (an associate of Bawa). He returned to work with Bawa between 1978 and 1980. For a while it seemed that Anjalendran was being viewed as Bawa’s successor but eventually it was felt that Anjalendran did not fit into the milieu of the office, and so he left and worked for another architect for a couple of years. Too much of an individualist, Anjalendran went on to form his own practice in 1982, working from the veranda of his mother’s house. He worked there until 1993 when he moved and practiced out of a house he had built for himself, where he continues to be based. Surrounded by circumstances of war, following his natural inclinations he embarked on projects which were utilitarian, but still retained an aesthetic appeal, perhaps better described as an architecture for everyday life. This is perhaps best exemplified by his veranda office which is still folded away each evening, as well as his mode of conveyance, a Bajaj three wheeler, which has recently been stylishly upgraded. For over 14 years Anjalendran did work for SOS Kinderhorf International providing care for orphan and destitute children. This work has received international recognition and demonstrates his ability to provide both stability and tranquillity, through the effective organization of space.