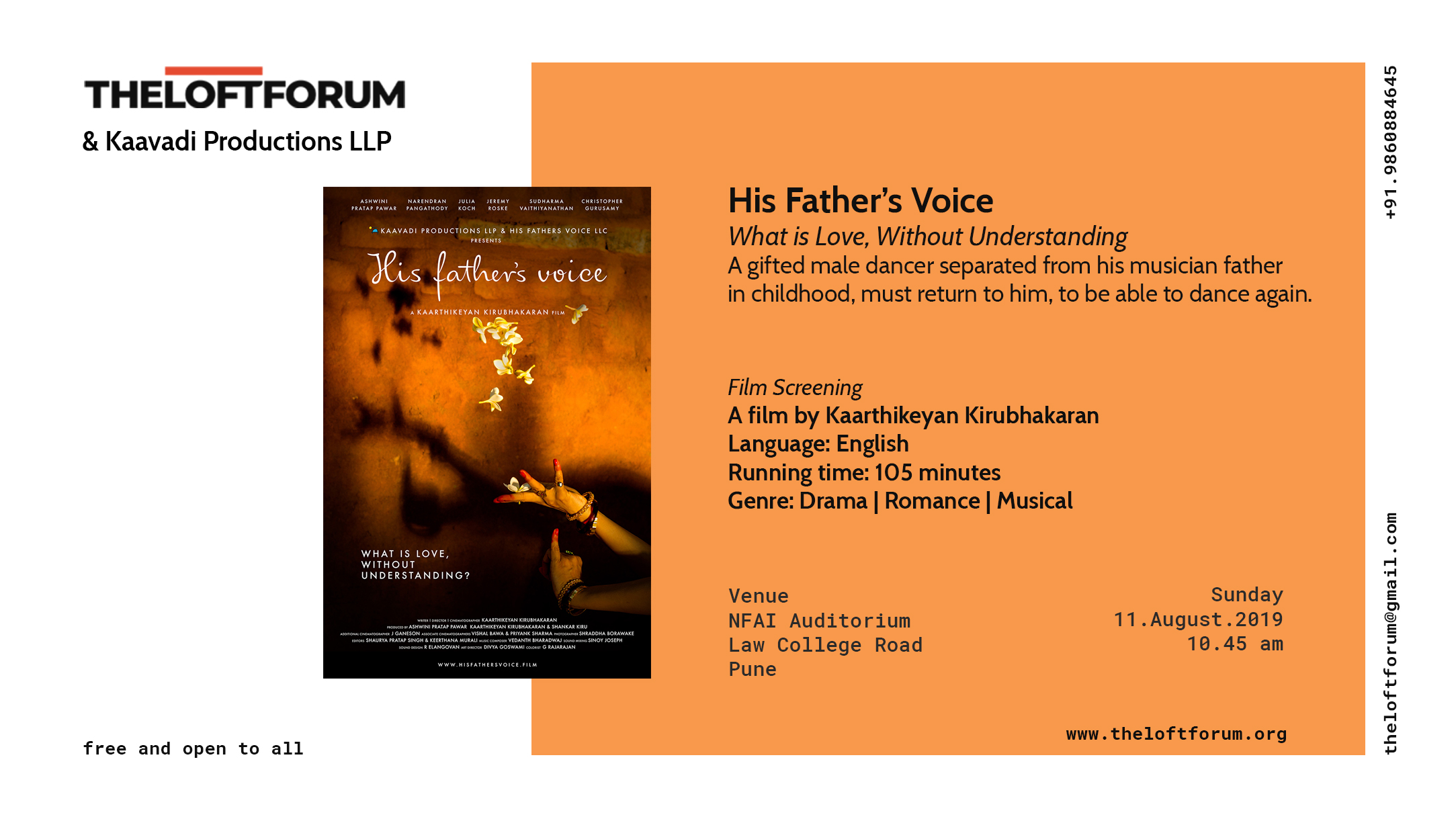 Synopsis
An American family, Jon, Clara, and their son Kris, live with Parvathi, Nagarajan and their daughter Valli, inside a Music and Dance School in Tamilnadu, India. Jon is a Musician, deeply inspired by Indian Classical Music. Kris and Valli are inseparable, learning everything from nature and from their parents. When Clara begins to be jealous of Parvathi’s influence over Jon and Kris, she begins to distance herself, eventually parting from Jon and leaving with Kris. Jon is heartbroken, finding solace only in his music. Twelve years later, Kris returns as a young dancer, with a burning need to reconnect with his father, and to heal himself of a deep trauma. Valli, his childhood companion, is now a beautiful and gifted dancer. Though resentful of Parvathi and Nagarajan, for what he perceives as their role in his parent’s separation, Kris discovers in Valli’s company, a truth that brings him consolation, as well as a sense of tremendous betrayal. The scene of Parvathi’s dance in the moonlight becomes a sensual masterpiece, as the camera, prepared for surprise, films her dancing with the greatest spontaneity.

This film screening is followed by a moderated Q & A session with Director, Kaarthikeyan Kirubhakaran, & Ashwini Pratap Pawar, Producer, and lead Actress.